Will Justin Upton Be a Different Player in ATL? 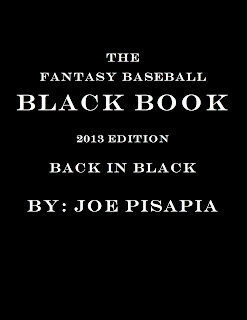 If ever a player needed a change of scenery it was Justin Upton. The 25 year old outfielder has been on the trade block for the better part of two years and he was finally sent to the Braves for a package of players including Martin Prado. The potential has never been a question, but the results have been spotty up to this point for the younger Upton. There are many factors that enter into a player's success. It is dangerous to think that just because he has a fresh start that he will automatically fulfill the promise he possesses.

First, let's take the fact he is switching positions from right to left field. With Jason Heyward firmly entrenched  in right for the Braves, Upton will shift to the other side of the diamond. Do not take for granted this is a HUGE adjustment! The ball comes off the bat differently and learning a new position can be trying on any player. We have seen players change positions and struggle at the plate before, so if it happened here it would be no surprise. 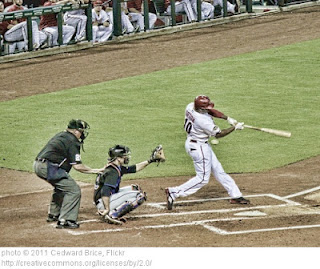 Next, there is the fact Upton's lifetime OPS in Arizona was .937 as opposed to just .731 on the road. That is a .200 point difference! In fantasy terms that is significant. He was a superstar at Chase Field and barely serviceable the other 81 games a year. Chase Field has been known as an above average home run park and taking Upton out of there does not seem to help his cause. the one saving grace is his OPS at his new Home (Turner Field) was .871. It is a small sample size (just 17 games) but at least a glimmer of hope.

Lastly, Justin will be playing alongside his brother B.J., who was also acquired this off season by the Braves. Sibling rivalries can be motivating, but can also be a distraction. Also, no one but their family knows what their relationship is like and spending everyday playing side by side might not be such a wonderful family reunion.

The good news is Upton is still very young and four years from his peak performance age (29). There is room to grow and he is at least on a team that wants him. Players with chips on their shoulders sometimes have career years. If you draft Upton in your fantasy league I would hope for 25 homers and 20 steals with a .280 AVG. Anything more than that would be icing on the cake. I would NOT draft Upton expecting a slam dunk career breakout year. There are a lot of adjustments he will be making and he is a better long term investment than for 2013 leagues.

For more on Justin Upton check out the NEW 2013 Fantasy Baseball Black Book available on Amazon for Kindle and iPad.
Posted by Unknown at 9:07 AM