Last year, Bobby Valentine turned out to be the most destructive force in New England since the Perfect Storm. If the Red Sox were trying to blow it up and start again, they found their man. The 2012 season was a disaster, but the organization was able to make some tough choices and move on with aging veterans like Kevin Youkilis and Josh Beckett and the overwhelming contracts of Adrian Gonzalez and Carl Crawford. With John Farrell back in the fold as the new manager, things seem poised to get back to normal. Second year GM Ben Cherington made some free agents signings and some off season deals to re-shape the Sox roster for 2013. At this point there is nowhere to go but up. 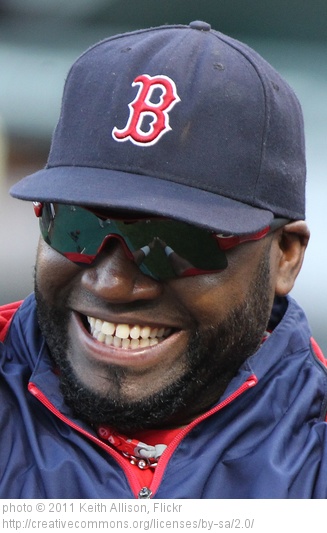 ROTATION:
No one will benefit more from John Farrell's return than Jon Lester. He looked completely lost at times last year and posted a career worst 4.82 ERA. Nearly all of his indicators went in the wrong direction (WHIP & H/9 went up, K's went down). The good news is he is in his prime and still has ace-like talent. He needs to revers his declining strikeout rate first and foremost, otherwise his walk rate (3.3 career BB/9) will continue to get the better of him. He will be more affordable than most other starters with comparable talent and is worth the draft pick as a #3 starter in your fantasy rotation. Ryan Dempster had a tough transition at first to the AL last year after being dealt to Texas. However, he eventually figured it out and was better down the stretch. At 36, Dempster is past his prime and is at best a back end of the fantasy rotation play. In roto, his ERA and WHIP figure to hurt his value, so think of him as a better points league play because of his decent strikeout rate. Clay Buchholz has really never put it all together over a full season. His 3.76 ERA and 1.15 WHIP in the second half is encouraging and he has yet to enter his prime (just 28). I would be buying on Buchholz. John Lackey is set to return after missing all of 2012 with Tommy John surgery. He was so bad in 2011 you can't in good faith draft him as any more than a bench arm in a deep league. First year back from TJ is usually not the best anyway so if you miss out on him, no harm done. Felix Dubront was one of the most inefficient pitchers in baseball last year. That means he threw way too many pitches, which limits how deep he will last in a game, which reduces his chances at wins. It's a vicious cycle. Franklin Morales also has a shot at the fifth starter job, but would not cross 150 innings if he did. Alfredo Aceves is also coming into camp as a starter, but he too has fantasy limitations.

BULLPEN:
Joel Hanrahan was bought over in a deal with the Pirates and he has been very steady in his last two years as a closer. He is your prototypical fantasy closer with good secondary stats, but not overwhelming. Andrew Bailey is still around as well, but his injuries have cost him a once promising career. Koji Uehara is the better bet for K's and holds for leagues that value middle relievers.

OFFENSE:
Ryan Lavarnway has proven himself in the minors (.882 career minor league OPS) and figures to be eased into the starting role at some point this year making him a nice keeper. The only thing standing in his way is Jarrod Saltalamacchia who despite his 20 homer power, bring little else to the table. Mike Napoli is coming off a down year and a downsized contract. His gimpy hip reduced his contract with the Sox and is something to  consider when drafting him. He figures to play first base all year and will keep his catcher eligibility in most formats. That makes him a great play at catcher in fantasy leagues since he will see far more at bats than your standard catcher. Take the power numbers and be grateful for anything else he provides. Dustin Pedroia is #2 on my second base tier and is a great across the board fantasy player. If he can stay healthy you can expect his usual 100R/200H/15HR/80RBI/20SB/.300BA. He is still as good as it gets at second even off the down year. Will Middlebrooks made everyone forget about Youk for a while. He started out of the gate on fire, then pitchers started to figure him out before a wrist injury ended his season prematurely. Wrists can be tricky so check him out this spring to be sure he is 100%. He has real power and should be a run producer. Just keep an eye on his strikeouts, they were a problem in the minor leagues as well. That K rate coupled with his low walk total  could spell some long slumps. Stephen Drew has been more trouble than he is worth, but because he plays shortstop he always ends up being drafted. He is an injury waiting to happen and strictly AL only desperation material. Jacoby Ellsbury has also had a hard time staying on the field in his career. His 2011 power spike was an anomaly. If he hits for a high average and steals 40 bags, be happy if he even reaches double digit homers. Do not overrate him. Yet another guy coming off a down year, Shane Victorino did swipe a career high 39 bases and perhaps was a victim of letting his contract situation creep into his head and make him press. Now settled in Boston, there is no reason not to expect him to get back to his old ways and clearly the legs are still there. Ryan Kalish's injury could not have come at a worse time as the door was open for him. Daniel Nava and Johnny Gomes will hold down the fort but neither are fantasy worthy. Then there is the ageless Big Papi! David Ortiz continues to shine improving his BA, OBP and SLG three straight years. He too was bit by the injury bug and may be the most undervalued hitter in fantasy because of his position limitations. The production is still above average.

The overwhelming theme in Boston this season is bounce back years. If the Red Sox get them, they will contend and play well, if not it is going to be another long year. The smart money says there is too much talent here to not give most of them a second chance. In your draft many will come cheaper than they did last year which is a win for you.

For more player analysis check out the FANTASY BASEBALL BLACK BOOK 2013 EDITION available now on Amazon for Kindle and iPad.
Posted by Unknown at 8:44 PM