A Look into the Second Half PART ONE

For those in leagues with playoff formats in September we have reached the end of the "first half" of the fantasy season. There have been some feel good stories, some controversies and a myriad of great performances. What do they all mean for the second half? Absolutely nothing. As the season drags on hot starts cool off, rising stars come back to earth and slow starters heat up. Yes, it is true most players do "play to the back of their baseball card and players are who think they are most of the time.

Here is a look position by position at what to consider when approaching your second half.

CATCHER:
Overall, this position has been a bit of a disappointment even from the top performers like Buster Posey and Carlos Santana. They have certainly been above average, but the average has been underwhelming. Looking ahead there are a few guys who can be had cheap that stick out to me that have potential to outperform the majority. Jonathan Lucroy had a dreadful April, but has steadily improved and so far in June (.316/.333.553) is showing himself to be the steady force he was in 2012. Yasmani Grandal in San Diego is another intriguing option and is only owned in 30% of leagues. Coming off the suspension for PED's he missed time and is bound to be slow out of the gate, but down the stretch he has potential to contribute in power and batting average. I love the Evan Gattis story but I find it hard to believe he will continue to perform at this level second time around the league and at bats will continue to be scarce as the Braves outfield gets healthy and on track. It is normal for young players to have success and then hit the skids.

FIRST BASE:
Brandon Belt is owned in about 50% of leagues and unlike seasons past he is the undisputed first baseman. I now he has yet to match his hype, but he is at the tail end of the "adjustment phase" that players like Gattis are just entering. He has 20 homer power and great on base skills. His average will climb as well as the summer heats up. He can be acquired at a minimal cost and has terrific upside. I warned in this year's Fantasy Baseball Black Book 2013 that Ryan Howard was no longer a serviceable option. When he was having 45/120 seasons you could live with his strikeout totals, but now he is a shell of his former self and no longer a string fantasy play in any format. Don't look now but Eric Hosmer is becoming the reincarnation of James Loney. A much hyped "future batting champion" whose lack of power is disturbing for a corner player and being asked to be a run producer too soon in his career...stop me if you heard this before. Loney crumbled under the expectation in LA and only now after a change of scenery in his prime at 29 is he showing the glimmer of fulfilling his promise. 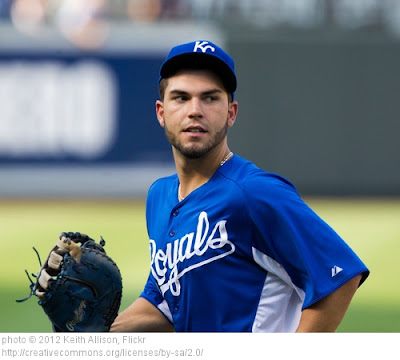 SECOND BASE:
Unlike many fantasy writers I am not big on "I told you so", but Matt Carpenter was my shining sleeper heading into 2013 and he has fulfilled my lofty expectations. He's an on base machine and the Cardinals have been smart to hit him at the top of the order. Carpenter's skill set should allow him to maintain a very high level of production even if he tails off slightly in his first full season. His versatility makes him even more valuable. In keeper leagues I would try and acquire him now even if that meant changing over from the old elite types like Ian Kinsler. On the flip side I railed against Dustin Ackley and he fell off the map as I predicted and landed back in AAA. Now he is tearing it up again in the PCL and being converted into an outfielder. He will be back up sometime soon with the Mariners and that versatility makes him interesting. Even players that you may not like sometimes hit a point when their value is so low it is crazy not to take a shot on him. Ackley is young and should rebound enough to have sleeper value in the second half and he will cost you nothing. Martin Prado has been on a decline ever since the all star break last year. His value is his versatility but there are better offensive options out there.

THIRD BASE:
From Moustakas to Middlebrooks to Lawrie to Headley third base has been a disaster. The silver lining has been Manny Machado whom I must admit is outperforming my modest projections heading into the season. I would try to buy low on Hanley or Aramis Ramirez and try the veteran play over the young bucks who have disappointed. Edwin Encarnacion gaining eligibility is a huge boost for his 2014 keeper value. Anthony Rendon and Nolan Arenado I think are still a bit green to be any significant lift in the second half.

SHORTSTOP:
I keep waiting for Jean Segura to hit a wall and it has yet to happen. If you asked me right now I would probably take him over Jose Reyes and Troy Tulowitzki heading into 2014 simply based off the injury history of these top performers. Josh Rutledge will get another long look with Tulo out for 6 weeks in Colorado. he has some pop, but is always going to be more productive at home. Eric Aybar is having a repeat of last season's slow start and injury bug campaign. However, he can once again become a smart pick up (still available in 50% of leagues) for your stretch run.