Memorial Day weekend for me is the watershed moment where I evaluate my fantasy team and take stock in what I have, what I need and where to go from here. April is too quick to pull any major triggers and you will likely regret any knee jerk reactions to slow or quick starts. By the end of May however, the trends are clear and so is your record. If you are under .500 it is time to make some tough decisions. You will have to trade or or even cut some underwhelming performers. On the flip side, you need to look long and hard at players who are "over-performing" and entertain selling high. Maybe your fast start is due to come crashing down as the summer heats up. Your regular season is 2/5 over in many formats, so it's time to bear down.

Here are some thoughts on players and situations that may help you plan for the next few months.

SELL HIGHS:
Patrick Corbin SP ARZ I drafted Corbin in my points league this year as a spot starter and he gave me more than I could have asked for so I dealt him for Brett Lawrie, Michael Bourn and Drew Smyly. Quite a haul for a pitcher who has NO CHANCE of maintaining his current pace. One trend is certain, in his minor league career he always got rocked, then adjusted to the level well before promotion. He is clearly adjusting well the second time around, but his 1.44 ERA and .98 WHIP are due for a correction. Keeper leagues hold on and see what the second half brings. One year leagues, shop around and see what is out there. Someone will overpay.
Matt Harvey SP NYM This is more of an indictment of the Mets being dreadful than anything else, but he too will have some bumps in the road, The Mets offense and bullpen are a joke and will surely start to put some additional pressure on the young stud. His incredible numbers could bring back enough talent to make you a contender immediately in your league. In keeper leagues, you would have to pry him out of my cold dead hand, but you may have seen the best of him in 2013. 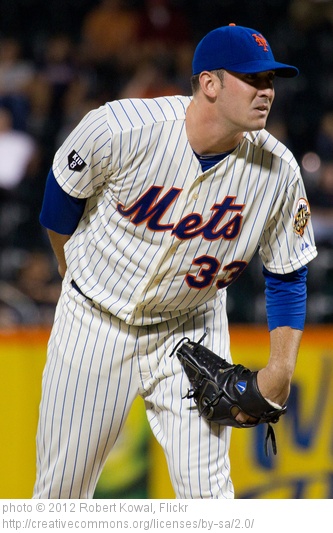 Starling Marte OF PIT I also drafted Marte in two separate leagues. I am hanging onto him in roto because of his speed, but I dealt him a week ago in my points league because he still averages a strikeout per game and once the league gets a good look at him he could crash after the break. We have seen many a young talented player get exposed over the years and the ones that bounce back usually have good plate discipline. Marte could become a liability and as an outfielder he is easier to replace than an infielder from a production standpoint.

BUY LOWS:
Justin Verlander SP DET This may be the only time to get Verlander at a reasonable price in the last three years. He is coming off a dreadful start in Texas and a bizarre rain delayed game in Cleveland where he basically got manhandled by one man; Carlos Santana. Hitters are making more consistent contact off Verlander, but he is still a top 3 pitcher in any format and some owners might be panicking that all those innings are catching up to him. His velocity is fine, this is your window to act because next week he faces the Pirates at home. Last time that happened he was inches from a no hitter.
Josh Hamilton OF LAA Hamilton has always been and will always be streaky. He is not the same player removed from Texas (well documents in the 2013 Fantasy Baseball Black Book), but he is better than what he has shown and should have a few hot streaks in him this summer. He was surely over-drafted in your league which means his owner is pissed off and ready to cut bait for the right price. Make an offer, you may be surprised.
AMERICAN LEAGUE THIRD BASEMEN Brett Lawrie, Mike Moustakas and Will Middlebrooks were all drafted with high expectations and have all hit rock bottom. No worries, they are all worth owning and can be had for next to nothing right now. Moustakas has the best upside in my opinion for '13, Lawrie is a nice option in roto formats with his speed and Middlebooks has great talent around him. All three should be targets as CINF or 3B options in your leagues. Heck you may even get one cheap to plug in a DH/UT slot.

TEAMS ON THE BRINK:
Some teams are in rebuild mode and are clearly heading out of contention. Others had aspirations of October and are already on the verge of becoming irrelevant. What that means is that some prime fantasy studs could be wearing different caps come July and now is the to grab them before their stock rises. Here are some names on their way out the door.
Cliff Lee SP PHI He is still an undervalued player considering his consistency and statistics. The Phillies are without Halladay for most of the year, Hamels has struggled and Utley in on the DL. There was chatter of the Phils dealing Lee last year, but this time around they may have no choice. The Cardinals come to mind as a landing spot since they have a deep farm system and a need for a starter with Jaime Garcia out for the foreseeable future. 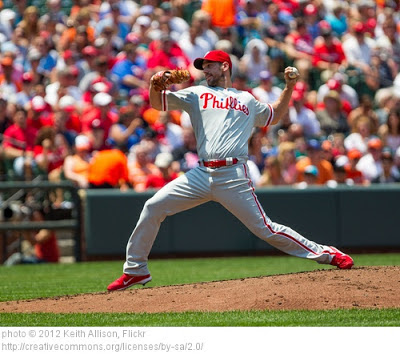 Chase Headley 3B SD He is off to decent start after missing key time in the spring, and if he turns it on anything close to what he did last year after the break you have a real difference make here. Headley's power was in question before last season and the Padres will be sure to sell high on him with Jedd Gyorko already capable of manning his spot.The Angels or the Braves could be in the market for an everyday third baseman.
Justin Morneau 1B MIN He may not be the MVP caliber player he was a few years back before concussions robbed him of his prime, but he is could still a useful bat and a change of scenery could do him some good. His power numbers have never been the same since he left the dome. Imagine if Colorado stays in the race what he could do there.

SUPER TWO'S ON THEIR WAY!
Every year teams wait to call up their big prospects in order to avoid Super 2 status which basically means it gives the clubs more control over the player for a longer period of time. It is not just about talent, it is also about opportunity. Oscar Taveras is incredibly talented, but the Cardinals already have trouble getting at bats for Matt Adams so don't expect him up anytime soon. Here are some players primed for a look in the weeks ahead:
Billy Hamilton OF/SS CIN He got off to a horrendous start but has really turned things around and the Reds have still not been able to fill Ryan Ludwick's vacancy with any consistency. Hamilton is a game changer in reality and fantasy and he likely qualifies at SS in most leagues. His speed is an incredible asset in roto leagues and in points leagues he could score 4-6 points in a night with an 0-3 night.
Zack Wheeler SP NYM The Mets rotation is a mess, the Mets are a mess. The longer Wheeler stays in the launching pad that is AAA Las Vegas in the PCL the more damage will be done to his stock. The Mets plan is to call him up after 2-3 more starts and then he should be up for the rest of the year. He will likely cap out at 175 innings, so don't plan on him helping you in September playoff rounds. In keeper leagues he has serious value.
Kyle Gibson SP MIN He should have been up already, but the Twins are going nowhere so Samuel Deduno will be a place holder for Gibson. He is 100% healthy again and is a better option than 2/3 of the Twins rotation right now. He has good ratios and should be a safe play in match-ups and home starts with spacious Target Field.
Josh Phegley C CWS Who? That's right Phegley! Not much hyper here, but the White Sox catcher situation is dreadful and Phegley has an OPS of 1.051 in the ITL. Catchers are tougher to break in because of the game calling issues and diva starters, but there is only so long you can live with guys like Flowers at the major league level hitting .200 with this guy hovering.