A Look Into the Second Half PART TWO

As promised part of my look into the 2nd half...

OUTFIELD:
Don't ever tell me players on a contract year aren't worth a heavy investment on draft day. Jacoby Ellsbury has regained his old form (of course sans his 2011 power burst which is not really who he is). He is on pace to score 100+ runs and steal 60+ bases and should continue to be a huge asset in any format. If an owner is disappointed with the fact he has but one home run on the season, by all means put together a package for him right now. Carlos Beltran was undervalued in drafts this year and he continues to be productive in St. Louis. However, his body did wear down as the season went on in '12 and it may be wise to shop him around. Mike Trout is clearly the number one guy here and has surprised me with his 30/30 pace for the second year in a row. The real surprise though has been Dominic Brown. He has grown into the player the Phillies envisioned and perhaps will allow them to retool and turnover this aging roster with the hope of being a contender again sooner rather than later. Hunter Pence continues to be the model of "productive outfielder" in all formats with his power and moderate combo. Hohum...just another 25/25 season with a .280 BA 90R and 90 RBI for Pence on the horizon. Can Raul Ibanez keep up this power tirade? No, sell high when you can. There may not be a better time to buy low on Ryan Braun between his injury and the controversy that follows him. Austin Jackson is another name whose stats don't match his talent year to date based on injuries. If you can get him on the cheap you would be wise to do so. Eric Young is getting a real look with the Mets and could be a steal in deep leagues or NL only formats. The talent is there and finally he has no one standing in his way (owned in just 20% of leagues). Leonys Martin is owned in about half of all leagues and is poised to have a nice second half with a nice blend of power and speed. You should not allow him to sit on your waiver wire. As far as Yasiel Puig goes...I can tell you he won't hit .400 the rest of the year and his value may never be higher. He has a flaw somewhere and is going to get found out. He should still be a productive player, but a more human version than what we have seen so far. If you get a super human offer for him I would entertain it strongly. 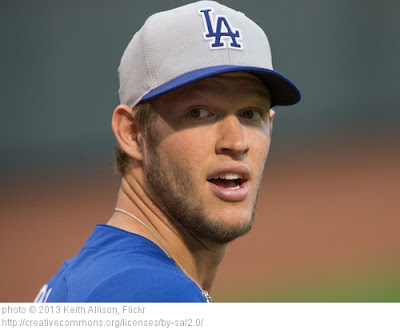 STARTING PITCHING:
Justin Verlander has been more less dominant this year and his innings totals were bound to catch up with him eventually. No matter, he is bound to go on a hot streak so buy low when you can. His rotation-mates Anibal Sanchez and Max Scherzer have been other worldly and if they stay healthy could compete for the AL Cy Young. The tales of Cliff Lee's demise were grossly overstated as he continues to be one of the most underrated fantasy aces in the game. A possible move to a contender would give him a slight boost in value. Jordan Zimmerman's win total is finally matching his win total, but he still has a lower K rate than most aces. We have all been waiting for the other shoe to drop with Patrick Corbin, but with each start he looks more like the real deal. Keeper league owners might want to pursue hard before he becomes untouchable. Hisashi Iwakama is clearly the most underrated AL starter and his numbers compare favorably to Clayton Kershaw over his short time as a starter. That should make you take notice of this hidden gem. Shelby Miller is a great young asset, but he is already starting to hit a bit of a wall and I would be shocked if he wasn't in for a rough second half and a possible innings limit. One year only league owners now is the time to jump ship. Jose Fernandez and Matt Harvey may also have restrictions come fantasy playoff time. Jeff Locke has been another surprise that I would attempt to turn into a more established arm. Adding an guy like Michael Pineda or Brandon Beachy from injury could pay nice dividends. I would be concerned with Alex Cobb returning to his outstanding form after being hit in the head a few weeks back. Those are tricky injuries both mentally and physically. If you asked me who would I rather own in the second half: Johnny Cueto or Tony Cingrani...I would go with Cingrani. Three times with the same injury is enough for any owner to lose patience. Cole Hamels, David Price, Yovani Gallardo and Zack Greinke have all had rough first halves and are due for a correction.

RELIEF PITCHERS:
Jason Grilli is the best reliever in the game right now and that is why you should never worry or invest too heavily in closers. They will all come and go the trick is to stay ahead of the trend and your peers. Watch the trade market and look for 8th inning guys set to inherit roles when their closers get dealt to contenders and monitor some young arms that will get a shot in September. As always...saves are saves.
Posted by Unknown at 9:54 PM