All Underrated Fantasy Team for 2014 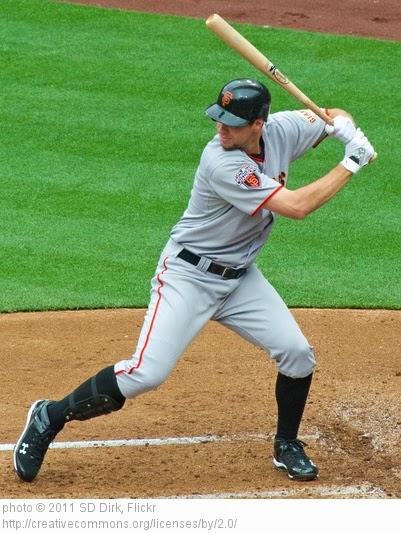 Last week we took a look at what makes a player overrated. Just as important in your upcoming draft is the understanding of what makes a player undervalued. Usually undervalued players tend to not be household names. They don’t always put up gaudy numbers, but what they usually do is produce time and time again. Sometimes they are on small market teams who don’t garner as much national attention. A lesser known entity that produces like a known commodity at a reduced price is what a savvy fantasy owner should always be on the lookout for on draft day.
My personal favorite undervalued player type is the young guy who burst on the scene, fails in year two, and then resurrects himself in year three. Eric Hosmer, Jason Heyward and many others fit this bill. Rookies sometimes come on like gangbusters, which cause fantasy writers to overvalue them and over-hype them. Their value consequently skyrockets. Then they have a sophomore slump and their value plummets. What happens is owners get so down on them because they paid such a hefty price and got burned. The next year they are still young talented players, but because they owners were scorned by them, they become taboo. People get scared off way too easily. This is when you scoop up these guys in the mid-to-late rounds the following year and watch them blossom into stars. If they don’t, you only spent a mid level pick to find out. No harm done. As long as they have good minor league track records they should turn things around eventually and steady the ship.
ALL UNDERRATED TEAM for 2014
C Salvador Perez KC Hits for a high average and gets glowing reviews from his coaching staff. Young catchers sometimes take longer to develop offensively. Power is coming down the road and his second half OPS of .818 was 100 points higher than his first half. Clearly he is making progress.
1B Brandon Belt SF Had a very strong second half (.329BA/.390OBP/.525SLG/.915OPS)
and will no longer be looking over his shoulder to be sure he is starting every day.
2B Martin Prado ARZ Once he got over the pressure of living up to being dealt for Justin Upton, he settled in had had another terrific season. He has never been a streaky player in the past so last year was a fluke.
3B Matt Carpenter STL His 2013 was a Wade Boggs-esque season and folks still don’t realize how valuable his on base skills are…you should. he led the NL in runs, hits and doubles.
SS Andrelton Simmons ATL He is still very young and already shown 15-20 homerun power at a weak position. His defense is off the charts, so he is never coming out of the Braves lineup no matter how bad he may slump.
OF Hunter Pence SF All he does is give you great production every year in every category. Matt Kemp will probably be drafted ahead of him, but Pence has a good chance to outproduce him for the third year in a row.
OF Matt Holliday STL He may be getting older, but he still has power and will be on base a ton…a very reliable bat.
OF Norichika Aoki KC How many guys walk more than they strikeout out, hit double digit homers, steal 20+bases and cost very little? This guy is one of them.
RHP Doug Fister WAS Take a terrific mid rotation AL arm and drop him on arguably the best team in a weak hitting NL East division. He could easily outperform many bigger names and will always work deep into games.
LHP Madison Bumgarner Still so young with a terrific K/BB rate, a favorable home ballpark and an improving offense.What's not to like? This could be the last year you get him for a discount.
RP Glen Perkins MIN Has put together a nice run as closer with good peripherals on a team going nowhere. Pitching for the Twins in anonymity is why he slides under the radar, but that makes him a great value.
•••


It’s not just about paying for talent. It’s about paying appropriately for that talent. If you can do that on a consistent basis, you will be successful in your drafts and separate yourself from the rest of your league mates.
Posted by Unknown at 4:18 PM